Cusco is the most famous city of Peru after the capital Lima. Most of the people know it as the starting point to reach the Machu Picchu by train, but it definitely worths more than a few hours to be visited!! The original name of the city was Qosqo that means “belly button” in the old Quechua language. In fact, it was actually the capital and the belly button of the Inca Empire.

And if you’re asking if this city is still valuable nowadays… just know that Money (the Time’s magazine) recommends it as one of the best places to spend your retirement! Just think about it: you’d enjoy the stunning landscapes and the most delicious Peruvian food spending just 1700 dollars pro month for two people. Not bad right?

But now let’s focus on the main attractions you can visit in the city center while you’re still just a tourist: 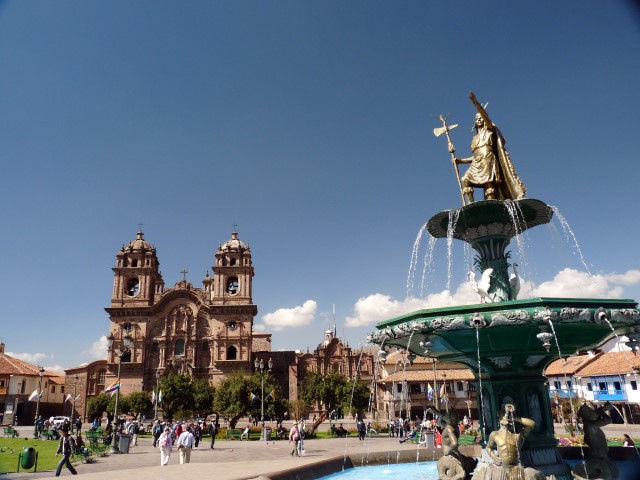 Plaza De Armas is the heart of the city: relaxing and full of monuments to visit during the day and great spot to meet new people and socialize during the night, for there are lots of bars and restaurants all around it. It really is the place you should start your city tour. At the two opposites of the there are two iconic buildings: the Cathedral, a symbol of the Spanish conquest, and the Church La Compania de Jesùs. 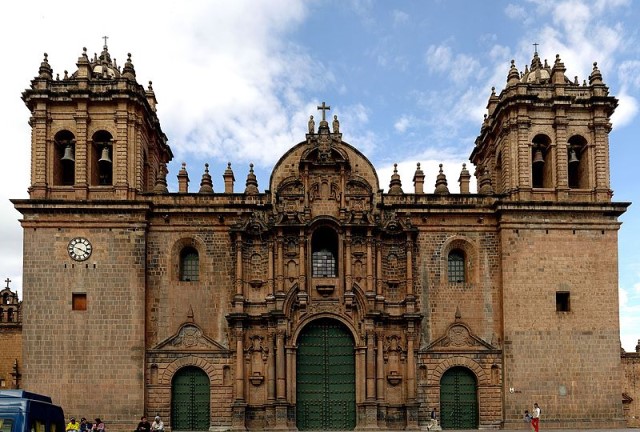 The full name of the Cusco Cathedral is the Cathedral Basilica of the Assumption of the Virgin and is the mother church of the Roman Catholic Archdiocese of Cusco. It took almost a hundred years to complete the building, that was started in 1559. The Gothic-Renaissance style reflects the Spanish taste of the time of the colonization, but there is also evidence of a baroque influence in the facade on the Plaza de Armas. 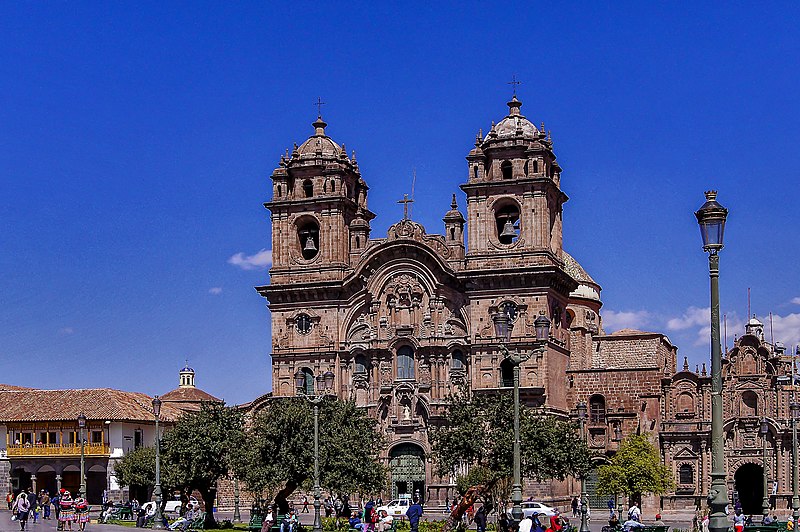 Is a historic Jesuit church built on an Inca’s old  This is actually very common to notice in Cusco monuments built during the Spanish colonization: Inca ancient monuments were used as a base for the building of new churches or palaces by the Spanish.

The construction of La Compania de Jesùs began in 1576, but it was badly damaged in an earthquake in 1650. The rebuilt church was completed in 1668.

San Blas is the bohemian neighborhood of Cusco, notable for its architecture and quaint shops. Its streets are full of small boutique shops and galleries where you can buy more authentic souvenirs than the ones you found in Plaza de Armas.

Every week this neighborhood host the inauguration of new art exhibitions!

The Stone of Twelve Angles 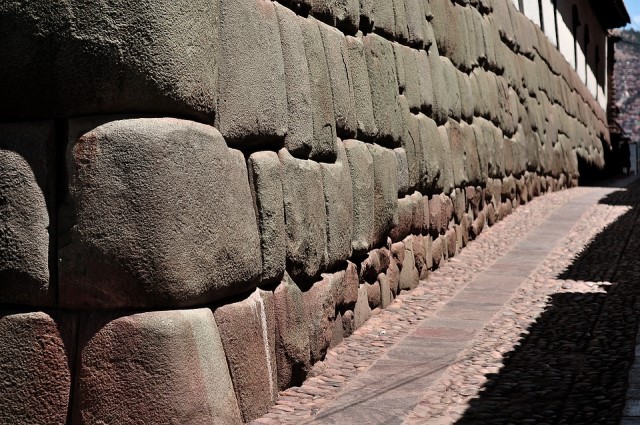 The Incas were highly regarded for their architecture and masonry and many of their structures have withstood the test of time, still standing firm today.

The Stone of Twelve Angles is an example of that. It was part of a stone wall of an Inca palace and is recognized by its fine finishing and twelve-angled border, an example of perfectionist Inca architecture.

The stone is currently part of a wall of the palace of the Archbishop of Cuzco.